I wanted to have a creative space where creative thinkers can come together to create content, toss ideas, collaborate, develop, format & finish their script, and my vision was also to provide a sacred place to write, without money being an obstacle, but willingness, desire, passion, and discipline as the focal point.
The Writers Room participants have written, directed, and produced three short films, helped countlessnon-members, present and former members finish their scripts, others we filmed and/or produced their scripts and our writers wrote a six-episodic series which is now in pre-production status. Our Course teaches you to:
Step 1. Craft a logline
Step 2: Write a Treatment.
• Step 3: Develop Your Characters.
• Step 4: Plot and Outline. ...
• Step 5: Scene Structure
• Step 6: Write a First Draft. ...
• Step 7: Step Back and Take a Break. ...
• Step 8: Rewrite.
II I really learned a lot from the six-week screenwriting course at Wisdom Production Arts Training Academy taught by Joan Montreuil. At the beginning of the course, we went over the elements of storytelling in which Joan made it very easy to understand. We were also taught how to write a treatment report which consist of coming up with a movie title, a logline, details of all acts, wrap up/conclusion details, characters and what your estimated budget should be. Next, we had to write a synopsis which is a summary of your movie. After we were given so much informative information, we were able to write the script and type it into screenwriting software called Final Draft. There was a lot that I didn't know about using Final Draft and Joan helped me get through it and I am so thankful that I was able to take this course. I advise everyone who is interested in screenwriting to take this class, I promise you won’t be disappointed.
A. Roseborough_ Recent Graduate
I was a student in The Writer’s Room's six-week course with Joan Montreuil, and I have to say that I am most amazed at the level of professionalism and industry information that was shared.
The course was paced in a way that students could complete homework assignments with ease, as well as have the prompt availability of Joan for additional instruction.
The terminology, significance, and reasoning behind each aspect of film making were made clear and easily understood.
The class size was small, which allowed time for questions and answers during each class, with Joan forwarding information to students to have on hand and to reference as needed.
I highly recommend this course to anyone interested in taking their skills to the next level!
Y R Martin – Recent Graduate 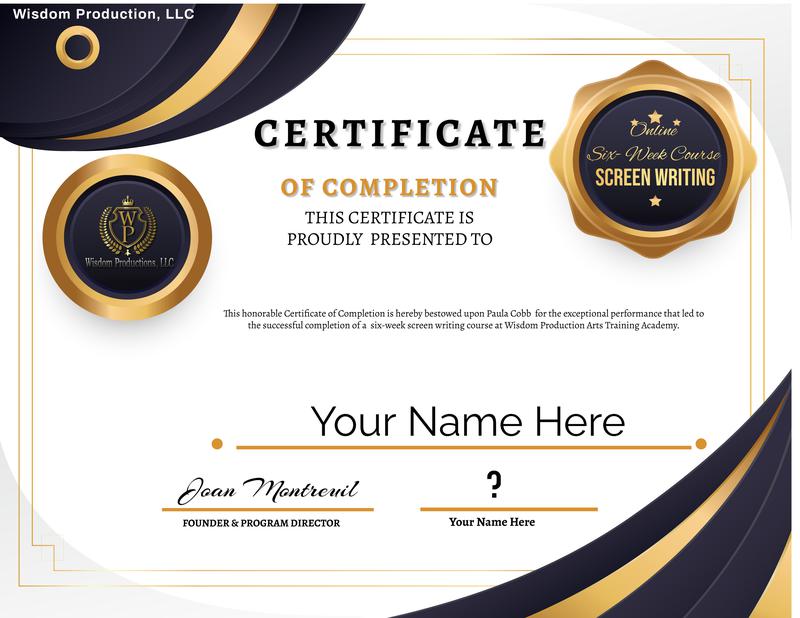