"A job well done... Top-rated".
She's Not Afraid To Tackle The System.
A Featured Film. Synopsis: Case Worker is a film centered around a foster care recipient, who has a dying need to pay it forward. Through her confusion & pain, she sets out to provide every child with the protection that she, herself fell short of. However, what people don’t know,is where she comes from & the hardships she has had to endure has forced her to be the change she wants to see. After she has proven to the world that she will not become another statistic of the system, she finally discovers the true meaning of her existence.
Written, Directed, Produced & Edited by Joan Montreuil
STARRING: CACILIE HUGHES JEMMA EVANS MICHAEL SIMPSON DOMINYCK MCCARGO
Movie Adaptation Of The Book The Unexpected.
"Extremely, Heartfelt & Educational!"
Inspired by a true story, "Walk By Faith" formerly known as "Something Different' follows the story of Corey Montgomery, a teenager living with the painful effects of sickle cell anemia on a daily basis. Desiring to live a normal teenage life, Corey's outlook brightens when he discovers a potential but risky cure through a bone marrow transplant while working on a school project about his disease.  Still determined to keep his illness a secret, Corey sets off on a journey to find a match, not knowing how his search will fully impact his friends, his family, and his own future. A powerful story of courage and perseverance, this film from the producers of Down by the River, portrays how one student's misery becomes his ministry when his faith is pushed to the limits.
Written, Directed & Co-Produced by Joan Montreuil
STARRING: DOMINYCK MCCARGO  TRINA BROWN BRADLEY SMITH ROCHELLE OJEDA ALFRED CASTILLO
"Rated Top Five By Dove Foundation"
Skylar Ford (Sean Johnson) is a young man who aspires to be a writer, but must balance following his dreams with helping his mother, Tammy (Alethea Bailey) take care of his little sister, Hannah (Adriana Ford), who suffers from sickle cell anemia. Despite his lack of time, Skylar manages to complete his first story and attempts to get it published by a local publishing house, but finds that rejection is harder to take than he anticipated. As Hannah's birthday rapidly approaches, her estranged biological father, Leroy (Beny Schwarzt), comes home unannounced after several years, creating serious tension within the family. When Skylar meets Hannah's doctor, Julia (Trenise Gray), their desire for Hannah's well being creates a spark that brings Julia closer to the family. After a local publisher gives Skylar hope, he discovers that balancing his work, his family, and his dream is more difficult than he could have ever imagined. While Skylar attempts to hold things together, Hannah suddenly collapses at her birthday party, and the whole family is thrown into an emotional spiral which tests Skylar's limits, his faith, and makes the dreams he desperately pursues feel more out of reach than ever.​ "Down By The River is unforgettable.
STARRING: SEAN JOHNSON, JR.  ALETHEA BAILEY  TRENISE GRAY  ADRIANA FORD CHAD THACKSTON 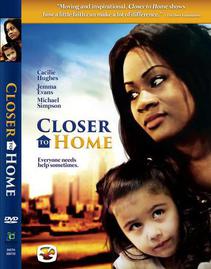 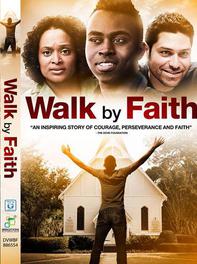 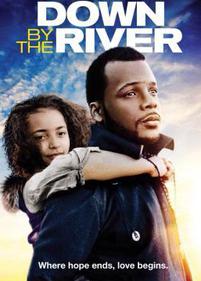 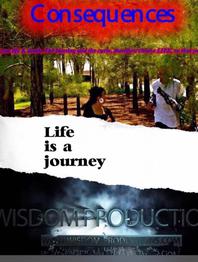 This "Film" piece portrays a hard-working mom strives to educate her teenagers on Life and Social skills. Despite their environment, negative influences and lack of finances, she educates her teenagers to make healthy choices apart from their circumstances; until, one day they made a poor choice that they will remember for the rest of their lives.
STARRING: LAMARCUS TINKER  JULES PALTON LAKEISHA GRANT LAKEISHA THOMAS FABIOLA BARRAGAN DONESHIA PRICE

"An Eye Opener for At-Risk Teens" 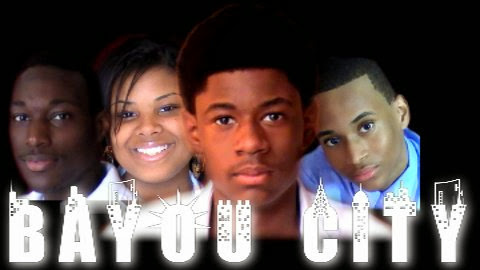 "Bayou City" is a Web-Series that involves Lawrence (LaMarcus Tinker) a record producer, who  has reached his pivotal point in life where nothing seems to really matter but his million dollar record label company. Meanwhile, Kate, his wife(Tonyai Palmer) is emotionally battling with a tragedy that has transpired in their life, that she refuses to grieve over. Jordan(Darrel Bryant) the son, who has great potential, yet with a lack of support becomes discouraged and chooses street life Stacey (Lakeisha Grant) continues to provide support but meddles in Kate personal Affairs. Elsewhere, Lawrence friend Calvin(Sean Johnson) a partner and long term friend, strives to keep the company afloat but almost causes Lawrence to loose everything behind his seductive ways.
STARRING: Lamarcus Tinker, Darrell Bryant, Alexis, Jules Palton
"A Web-Series that hits close to home". 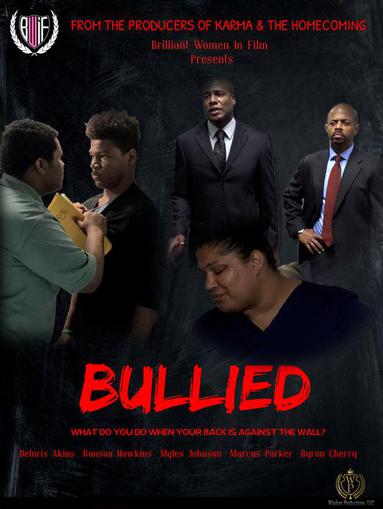 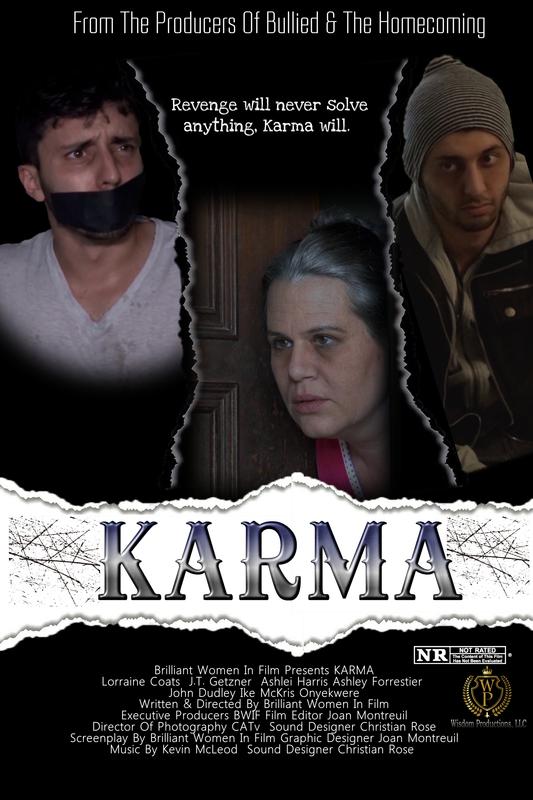 Synopsis: A teenager tries to escape a life of senseless bullying and follow his mother's advice until he takes matters into his own hands. Bullying is an epicdemic and Brilliant Women In Film, including writers Knycole Amerson and Nikol Johnson have teamed up together to create an educational shortfilm to provoke the school districts to change, add to their rules or rewrite them. If you would like BWIF to come to your facility please contact us at brilliantwomeninfilm.com
Synopsis: When life is so uncertain just as well as people. One mother goes through great lengths to manipulate the system. After a life of poverty she does the unthinkable to entrap a stranger into pretending to be her son to inherit a lump some of money.The death of a loved one can have a major impact on a family but what happens when the family members begin to feud over the possessions of their loved one. "Where is the love"?
STARRING: Joyce Smith, Iyonna Brown, R.J. Atkins, Yolanda Martin, Maria Schneck, Aja Crooks, Knycole Amerson 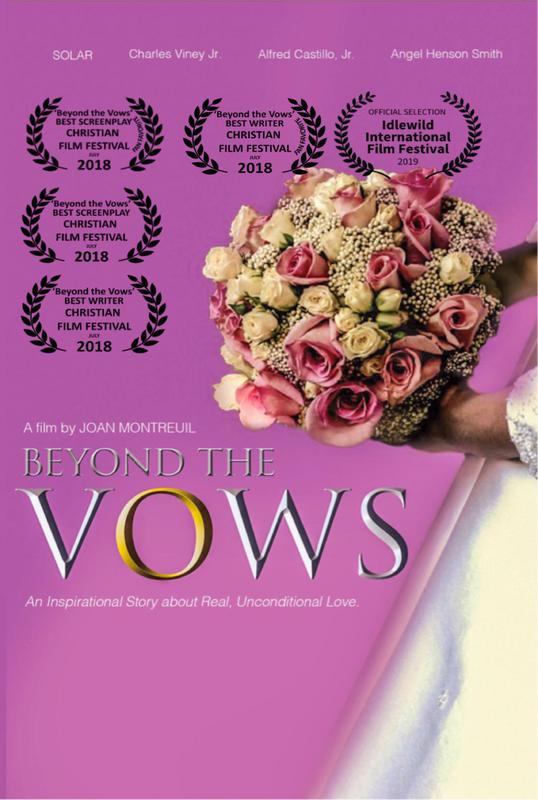 What happens when you finally marry the man you fell head over heels with and soon discover that he has been unfaithful not once, but twice and still striving to overcome! After experiencing such devastation, you are soon bombarded with questions like, Is my fairy-tale wedding over? Did I not hear the voice of God clearly? Did I use this method of marriage as a defense to comfort my fears and doubts, or did I marry the wrong man? For surely, the man whom I love and who loves me will never bring harm to me. Every marriage is unique and designed with a specific purpose and plan. Despite religion, race, or creed, marriages can sometimes be uncertain. Where there are couples that enter into this union strictly for love, others may come together under different circumstances.... but in the end the truth will come out.
Written, Directed, Produced & Edited by Joan Montreuil
STARRING: SOLAR ANGEL HENSON CHARLES VINEY JR. TERRI RENE TONYAI PALMER
" An Inspiring & Educational Short Film For Teens" About Bullying.

"Movie Adaption of  the best seller book "Beyond The Vows". 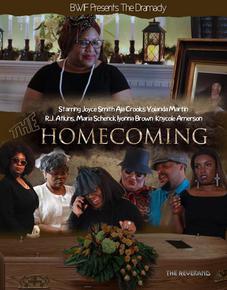 Synopsis: Retired nurse has to do the unthinkable to inherit her deceased wealthy sister's estate. She kidnaps an innocent man to have a better life by coercing him into playing along with her game. BWIF writers Joan Montreuil Knycole Amerson and Nikol Johnson collaborated in writing a drama-thriller short film.
STARRING: Lorraine Coats, Ashlei Harris, J.T. Gezner John Dudley Ike McKris
"Money is the root to all evil and death will expose the family motive" The mother of the church makes a terrible mistake when her hearing aids stop working. 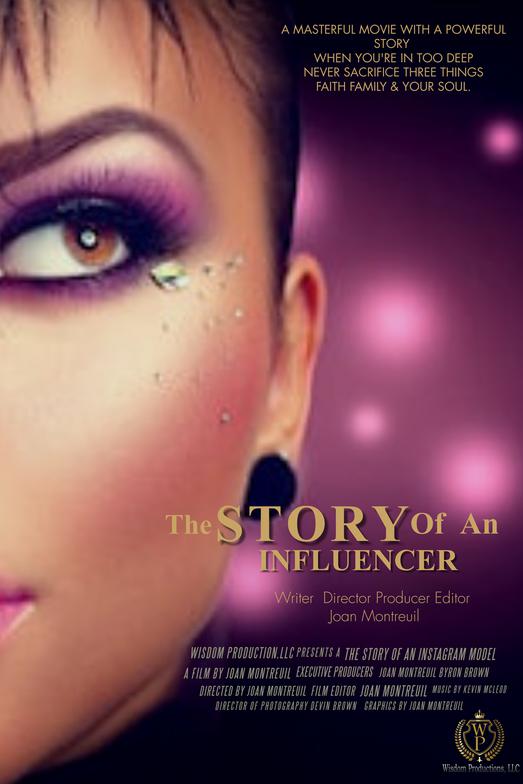 A masterful movie with a powerful story when you're in too deep, never sacrifice three things, your family faith and your soul. A young women sets out to become a instagram model and discover that climbing to the top is not all what it's cracked up to be.
Written, Directed and Produced by Joan Montreuil 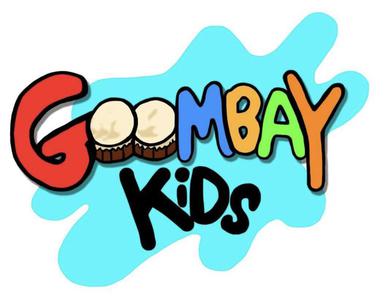