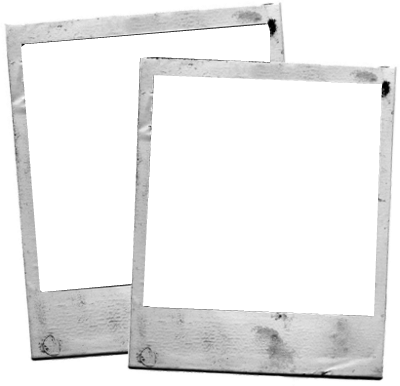 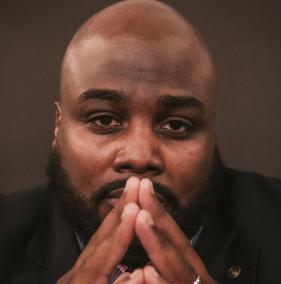 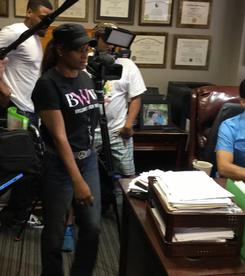 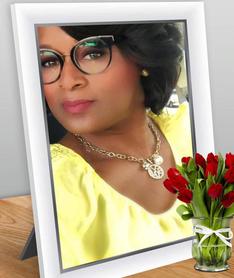 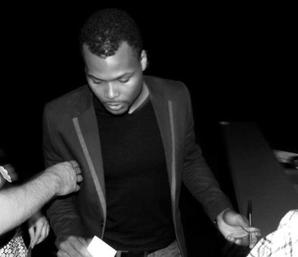 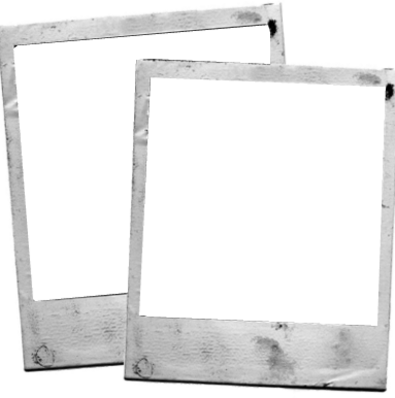 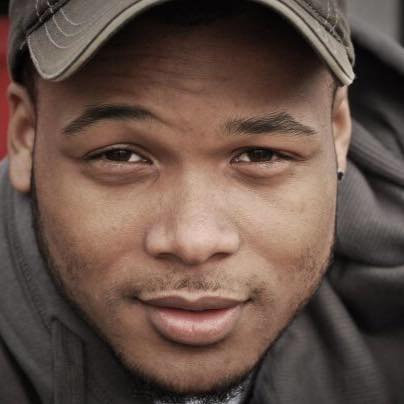 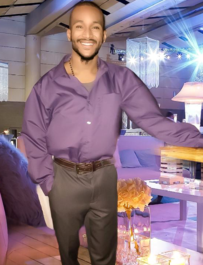 Trina "Joan Montreuil" Brown is the Founder and Owner of Wisdom Productions, LLC and her thriving organization BWIF. She is a known Playwright in the City of New Orleans and have Written and Directed over 20 inspirational plays spreading the message of Faith in Churches, Youth Facilities, Youth Prisons, Conferences and Homeless shelters. Trina is an Ordained Minister of the Gospel and have practiced what she preaches about. Trina has branched out becoming a four-time award-winning Independent Filmmaker in the City of Houston, Writing, Directing, Producing, Acting and Editing her own Short(s) and Feature Films. She is the author of three published books; "Delivered from Destruction" "The Unexpected" and her latest publication, "Beyond The Vows". She has  three Feature Films  "Walk By Faith , Closer To Home" and now her latest  movie Beyond The Vows online, streaming and in stores.
Joan strongly believes that, "Without a vision the people perish" and that Dreams and Visions don't just die. Even when the going gets tough, our dream keeps us inspired to live past what we see, think or feel. She states that, even in our darkest hour we will discover that our dreams and visions will sustained us and keep us alive in our Mind, Body, Soul and Spirit.  She has long awaited for this time in her life and her "Expectation" was not cutoff. Every book she writes, every movie she produces is inspired by her experience with grief and sorrow and with that, came Wisdom, Revelation & Knowledge. Since she has endured the unthinkable,  she feels that she is  commissioned to  encourage those that are of a broken and contrite spirit with the gift(s) that GOD has trusted her with.
The City of Houston has recoginized Joan efforts to give back to the community and granted her an official day for her  great accomplishments.  Proclamation Day "Joan Montreuil" on April 6th! Congratulations Joan!
Script Writer | Movie Distributor | Dialogue Analyst | Instructor
Sean received a scholarship to New York Film Academy in Los Angeles, the most innovative film and acting school in the world. He graduated from the school as one of the top writers in more than a decade. But it would take more than that to swim with the sharks of show business. His mother and mentor, Ameer Baraka, kept him encouraged as he knocked on the great walls of Hollywood at the time of the writer’s strike. He than realized that his passion to write was his gift. It wouldn’t be long after, he wrote and acted in his own family-based drama film "Down By The River. It was placed on the best sellers list with Dove Foundation and distributed nationwide by Bridgestone Multimedia Group. Sean is a producer on Pastor's Daughter , Bronx USI, and an upcoming series to be aired on UMC. Sean also has own company named American Film Group.
Devin Brown, Producer
Devin Brown is in his student at The Art Institute of Houston. He has reached levels that many would love to be at. He was the chief editor for 'Bayou City and our Short Film Consequences" . He was the Cinematographer for the international feature films, "Walk By Faith"  "Closer To Home " "Bayou City" Webisode was his first Film to edit and thereafter he has edited many music videos for local artists.
He says that his skills are given by the good LORD He taught himself how to edit on Sony Vegas editing software one of the best software in the industry and now he has trained himself on adobe premiere. Devin is one of the instructors with Film Biz 101 Workshop that is taught annually to the community. Devin is now editing music videos, when he is not busy editing Short and Feature Films. He is the Director of Photography for Wisdom Productions, International.
Writing a book?  Writing  a Screenplay? Do you need an editor? I have written and released 3 published books and by the grace of GOD the adaption of my sophomore book
is now in stores and online, the latest is  "Beyond The Vows". I have done my homework and studied the craft for over 20 years, if you have a story to tell, film and produce it, than lets set a time to  talk. Let me help you get started. We are here to serve you! Keep posted for our live feed on "write that book"!
Sean Johnson, Jr., Executive Producer
Devin Brown, Director of Photography, Blogger | Film Editor & Instructor
Award-Winning Joan Montreuil
Best Selling Author| Professional Script Writer| Playwright| Director| Producer| Professional Film Editor| Program Creator| Instructor  Production Manager|Content & Media Creator 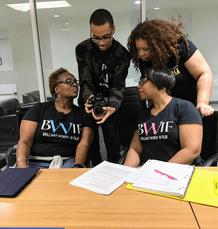 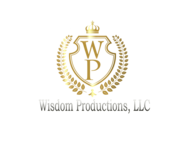 LaMarcus Tinker, Director, Executive Producer
Founder of Scoot Productions and M&M Filmz. LaMarcus is on the move! Need Acting Lessons? LaMarcus has been teaching private lessons since 2010 and is currently available to teach lessons at your home, at his home, and online. LaMarcus has helped countless students learn skills in film/tv acting, producing their own films & directing films. Not to mention the countless films Mr. Tinker has directed and produced himself. He is not to be ignored in the film industry. He is a force to be reckoned with.
All ages are accepted.
Actor | Director | Screenwriter |Acting Coach | Producer | Talk Show Host 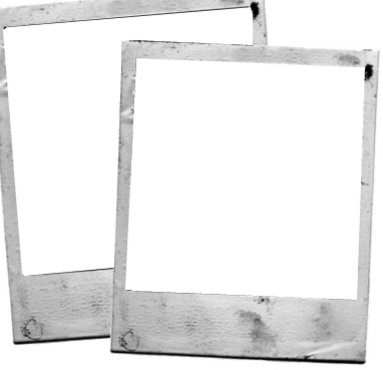 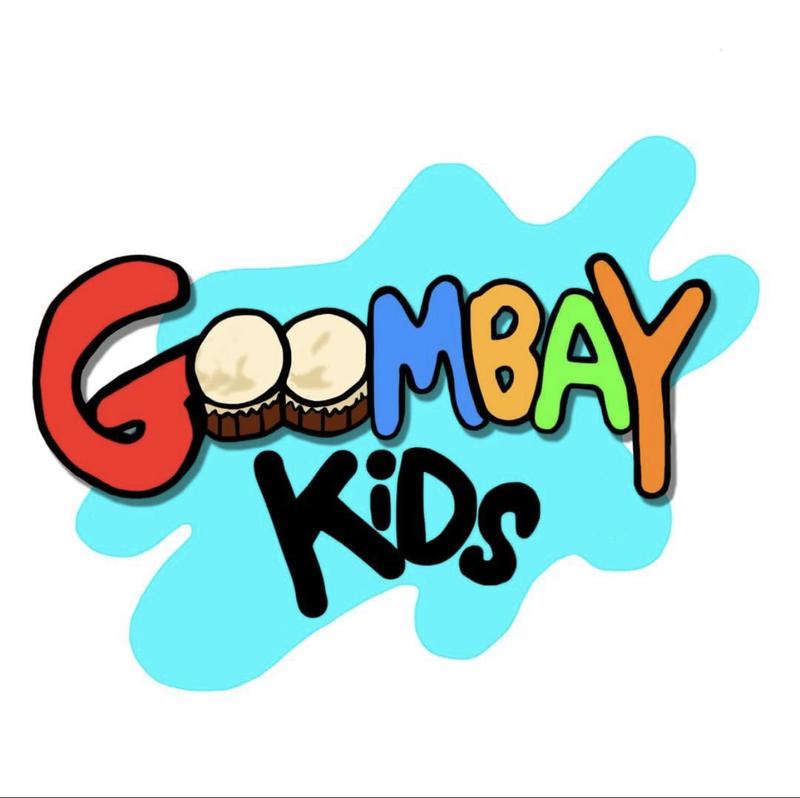 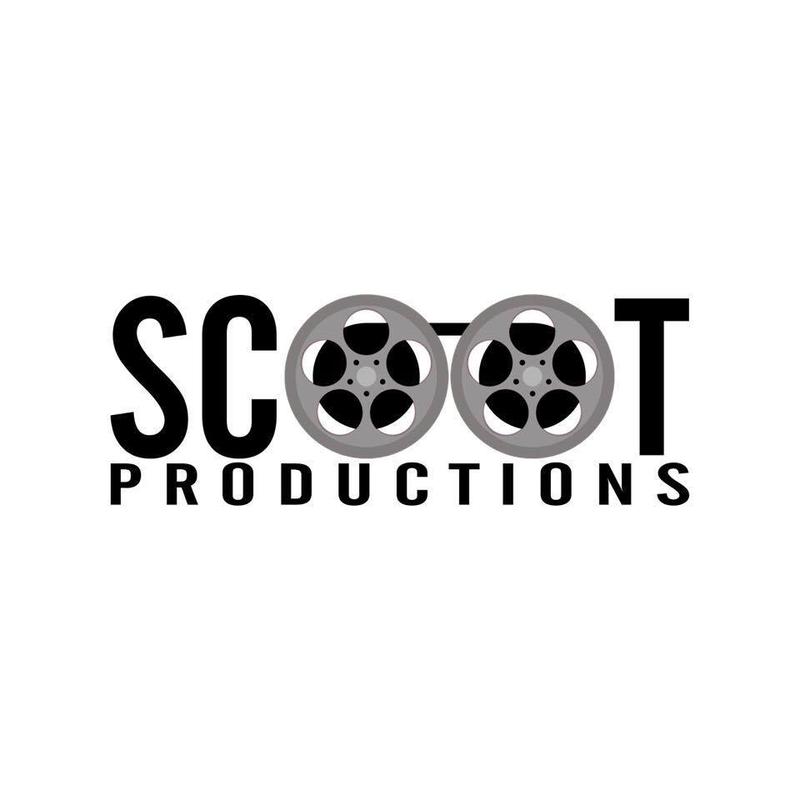